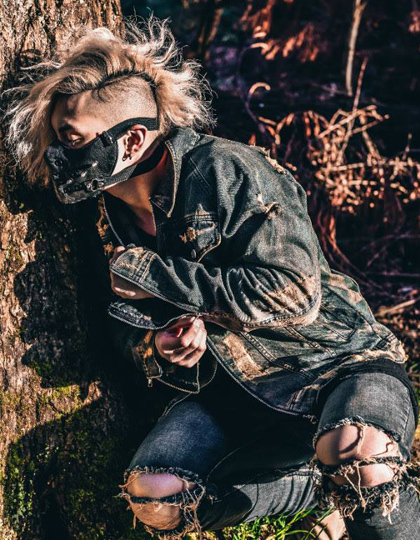 All the great stories have a beginning, and that of the Dassler brothers starts from Germany: the first Adidas sneakers are born in 1924 and give Jesse Owens 3 gold medals during the 1936 Berlin Olympics, but the real turning point goes back to 1949, with the patent of the brand and the three-stripe logo. The Adidas parable passes through sporting triumphs and cultural revolutions, based on a philosophy that is still valid today: nothing is impossible if passion, dedication and foresight are combined. The three strips have written the history of each discipline, helping the greatest athletes of all times to reach goals that seemed unlikely: from the triumph of Stan Smith to Wimbledon, passing through Beckenbauer's Germany, Messner's conquests and Maradona's goals, not there is a single event that does not bear the unmistakable signature of the Trifoglio logo. Thanks to the great success of his sportswear and low sneakers, Adidas Originals manages to go beyond the confines of the sports world in the early 1980s, when casual wear was spread in the Anglo-Saxon world, also called "terrace" because it was the style that football fans sported on stadium tiers: it's the beginning of a new era. The style of the trefoil begins to spread throughout Europe thanks to the Gazelle, the Samba and the Adidas suits, also landing overseas thanks to the RUN DMC endorsement: they will be the first non-sport personalities to receive a sponsorship contract, while the Superstars celebrating in their song are still the best-selling Adidas shoes in history. The advent of the new millennium coincides with a further chapter in the growth process of the Herzogenaurach house, little inclined to settle for past successes and always looking to the future: futuristic technologies, sneakers never seen before and an incessant experimentation, which takes up past designs mixing them with modern fabrics to meet today's needs. No one has gone so far in the contamination between sportswear and fashion, changing the rules of the game with unique novelties: this is the case of the Boost sole, a project kept secret for years that has brought performance standards to an incredible level with shoes Ultra Boost. Another point of contact between fashion and sport is the Yeezy phenomenon, with rapper Kanye West as a designer: a limited edition cult shoe, able to take center stage by combining the most current technologies with a unique aesthetic concept. Furthermore, the elasticity and lightness of the Primeknit have been applied in different fields, ranging from the upper of historical sneakers to the texture of sweatshirts and Adidas T-shirts.