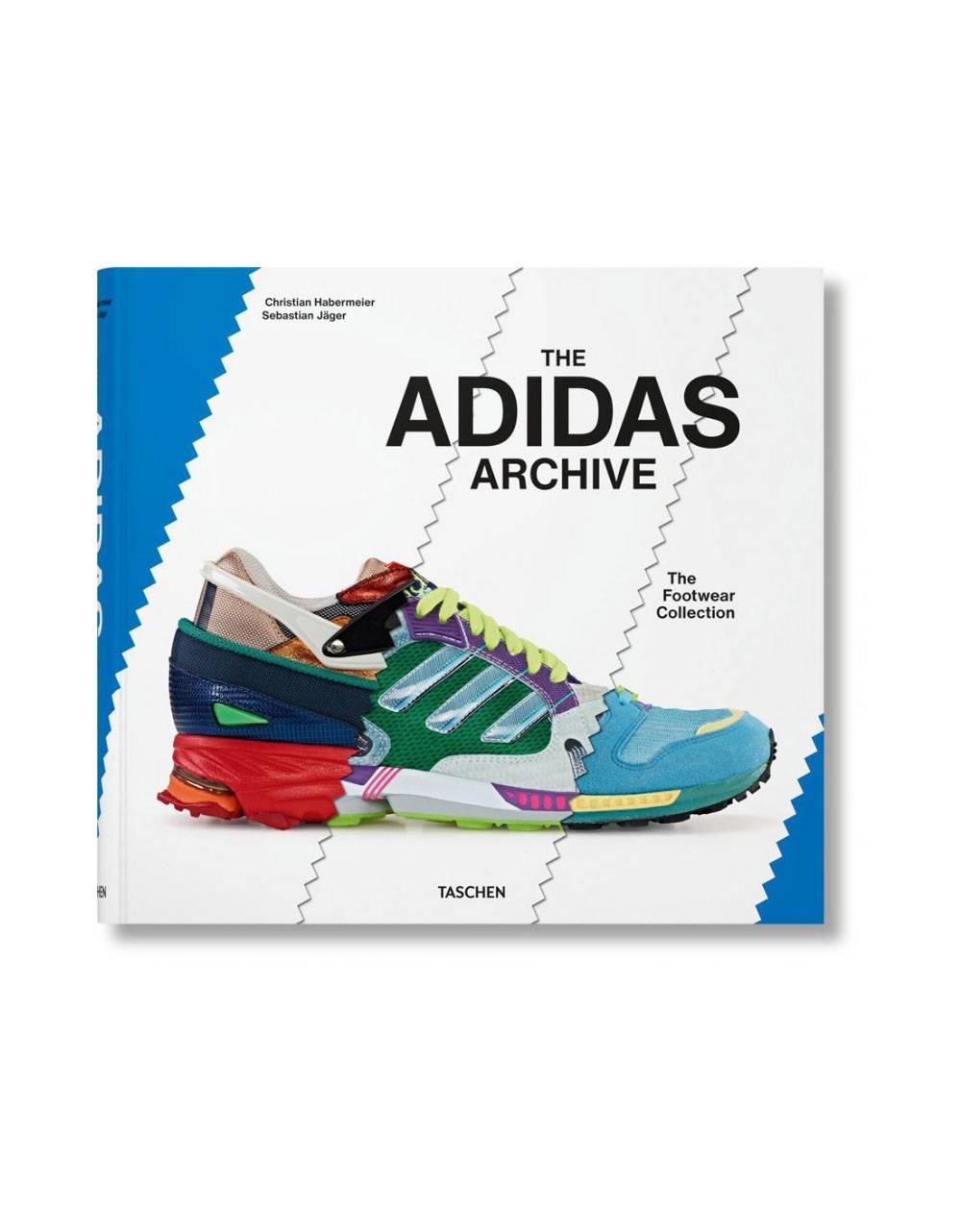 Three-stripe emotions The history of the Adidas shoe, from the dawn to the present day

By buying this product you can collect up to 100 loyalty points. Your cart will total 100 points that can be converted into a voucher of €5.00.

Three-stripe emotions
The history of the Adidas shoe, from the dawn to the present day

It all began in their mother's laundry in the quiet German town of Herzogenaurach. Here, Adolf Dassler - known to all as 'Adi' - and his brother Rudolf made their first pair of sports shoes. After hundreds of groundbreaking designs, epic moments and stellar collaborations, this book presents the first visual story of the Adidas shoe through more than 357 designs, including never-before-seen prototypes and one-of-a-kind original designs.

To further develop and tailor his products to the specific needs of athletes, Dassler asked them to return worn footwear when they no longer needed it and all the recovered shoes ended up in his attic (still, many athletes return their shoes to Adidas, often as a thank you after winning a title or breaking a world record). Now this collection constitutes the Adidas historical archive, one of the largest, if not the largest of the archives of sporting goods manufacturers around the world, of which photographers Christian Habermeier and Sebastian Jäger have been offering extremely detailed visual documentation for years. .

Taken using the most refined reproduction techniques, these images reveal the smallest details of each shoe as well as stains, tears, repair tape, grass stains, faded autographs. There is everything, in very high resolution and without any post-production intervention, and each shoe brings to light the personal story of those who wore it. Here we find the shoes worn by the West German football team that miraculously won the World Cup in 1954 and those that Kathrine Switzer wore at the Boston Marathon in 1967, even before women were officially admitted to the race. In these pages we can admire bespoke models made for stars like Madonna and Lionel Messi, deepen the collaborations with the likes of Kanye West, Pharrell Williams, Raf Simons, Stella McCartney, or Yohji Yamamoto, as well as the cutting-edge techniques and materials of the brands, such as the use of recycled plastic recovered from the sea, an area in which Adidas is at the forefront.

Accompanied by a preface by designer Jacques Chassaing and texts written by experts, each photograph explains the how and why of each shoe presented, but also communicates the driving force behind Adidas. What we discover goes beyond mere design; Ultimately, they are simple footwear, worn by those who have worn and loved them, but they are also first-hand witnesses of our history of sports, design and culture, from 1919, the year in which the brand debuted, until today.

'This book is a source of inspiration and a precious object that brings out the ambition, identity and originality of Adidas.'
- Jacques Chassaing

Concept and photography:
Christian Habermeier has been working as a photographer and designer since 1989. he has taught photography and digital illustration from 2000 to 2006, and carried out projects in Cuba, Kenya, Nepal, India, Switzerland and Hong Kong.

Sebastian Jäger studied design at the Georg-Simon-Ohm University of Applied Sciences in Nuremberg, specializing in film and photography. Here, in 2005, he met Christian Habermeier, at the time he was his professor. Their waldeck photographers studio provides services to businesses and cultural institutions. In 2011 they began to create a photographic collection that documented the shoe models contained in the Adidas historical archives.

The blue areas on the sides of the cover are made with a material that recalls that of the iconic three stripes of some Adidas models and to the touch they resemble velvet. The serrated strip in the center is in relief.

No customer reviews for the moment.

Related Products ( 3 other products in the same category )